Recognising Destructive Leadership to Build a Healthy and Productive Workplace 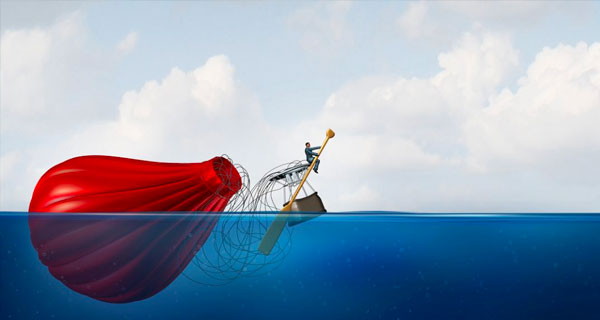 What is required to manage a team in the modern workplace? An understanding of advancing or improving productivity, ensuring quality of work life and awareness of social welfare are essential skills for the modern leader. Yet these are skills that not every workplace leader has and the result is a loss of productivity and an increase in psycho-social risks relating to workplace health and safety.

This understanding is key if we are going to implement strategies to intervene early, maintain productivity and ensure psychological safety in our workplaces.

A key factor in the existence of destructive leadership is that they don’t exist in isolation. This needs to be acknowledged in the understanding of the concept. Researcher, Christian Thoroughgood, writes that leadership processes and their outcomes are rarely the product of a single factor or person. Leadership is a more dynamic process between leaders, followers and their environments. While you can’t diminish the role of a bad leader, they are part of a broader process. For example, an organisation or business may have a process that identifies a destructive leader early, removing or supporting them to modify their behaviour before too much damage has occurred. Or in another workplace, employees may resist such leaders. In other workplace environments, a system of power and status has been created thereby producing, rewarding and institutionalising destructive workplace behaviours.

The Many Types of Destructive Leaders

The understanding and types of destructive leaders have been evolving across the last 15 years. Models are slowly developing and being modified as more is learnt.

But let’s turn our attention to the different types of destructive leaders to give us some insight to who they are.

Supportive-disloyal leaders are those in the workplace who engage in acts benefiting their team members at the expense of the organisation. At times, these leaders may engage in behaviours from theft to benefit their subordinates through to more subtle acts. The supportive-disloyal leader may divide their loyalties between their team, in that they may also be supportive of one group of their team members, at the same time being unsupportive of another group within their team.

Paternalistic leaders can be stronger in some cultural contexts over others where there is a high power distance and collectivism. It is characterised by leaders and followers, in a hierarchical relationship. The leader provides care and protection to their followers, expecting loyalty and deference in return.

Derailed leaders have fallen off the tracks, being those who unintentionally fail to support both team and organisation. These leaders are successful to a point, yet they make fatal mistakes which lead them to fail. These fatal mistakes included behaviours such as insensitivity, bullying, aloofness, arrogance, self centred ambition, betraying personal trust, failing to constructively face obvious problems, micromanagement, poor recruiting ability, and lack of strategic thinking.

Laissez-faire leaders, depending on the model, sits under derailed leadership, but has often been explored separately. This leadership style is much more passive. This is not about providing team members autonomy. It is characterised by lack of leadership relating to giving support to them to achieve goals. Team members are left to their own devices to figure out how, what to do and often have to make decisions not within their remit.

Another that may sit under derailed leadership, pseudo-transformational leaders put on an appearance of authentic leaders, but operate unethically and violate moral codes in the background. They start with transformational behaviours such as individual consideration that create loyalty and dependence on them, but then move into hard tactics making loyal team members dread the leaders authority. The leaders’ self interests are then achieved through subordinate compliance.

Tyrannical leaders are those who cause subordinates to suffer, but do not necessarily perform detrimental acts that affect the attainment of organisational goals. Such leaders may be high performers who give priority to tasks and duties at the expense of their team’s welfare and survival.

Petty tyranny in another type of tyrannical leadership defines as those who use their power and authority oppressively, capriciously and vindictively. Characteristics of petty tyranny include arbitrariness and self-aggrandizement, belittling subordinates, a lack of consideration, a forcing style of conflict resolution, discouraging initiative, and non-contingent punishment. Both abusive and petty tyranny exclude physical contact.

Abusive supervision is a form of tyrannical leadership. Abusive supervision is defined as a subordinates perceptions to the extent to which supervisors engage in sustained displays of hostile verbal and non-verbal behaviour, excluding physical contact. The dark triad personality traits (Machiavellianism, narcissism and psychopathy) often sit under abusive supervision. Other characteristics that can be seen in the leader include low levels of self control, experience of high-level stress, perceptions of injustice, low level emotional intelligence, high levels of conflict with peers and a history of family conflict.

Understanding the Impact of Destructive Leadership

Many of these leadership styles have negative impacts on both the organisation and it’s employees. For example, laissez-faire leaderships has been found to be related to negative attitudes and evaluation towards that leader as well as increased role stress and conflict because of the lack of guidance and ambiguity. This leads to less organisational commitment and citizenship.

Abusive supervision has been linked to negative commitment to the leader, lower job satisfaction and leads to counterproductive work behaviour. It also leads to less organisational citizenship, lower performance and higher turnover intentions along with increased employee stress, more conflicts at work and home, and more likely to engage in problematic drinking.

Recognising and turning destructive leaders around is vital for a healthy and successful workplace.